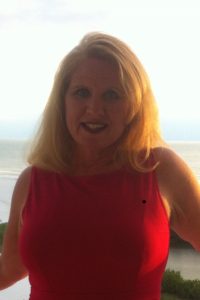 Rhonda began her career with the National Down Syndrome Congress in 2017 working part-time as part of the development team on events such as the Convention Gala and the All Kinds of Heroes Golf Classic. In January of 2018, she became a full-time employee of the NDSC and in November of 2018 took on the role of Community Engagement and Events Manager. Prior to joining the NDSC, Rhonda worked for the American Cancer Society as the Senior Community Manager for the largest Relay for Life event in the world.

Rhonda is a native of the Pittsburgh area where she attended the California University of Pennsylvania and earned a BS in Marketing. She grew up in the small town of Latrobe which is the home of the Pittsburgh Steelers Training Camp, so she is a die-hard Steelers fan and also cheers on the Pittsburgh Penguins regularly. While attending college she met her husband Shawn. They have 2 children, Cameron and Ansley, who both attend Kennesaw State University near Atlanta, GA.

Rhonda and her family can be found most often boating on Lake Lanier, watching sports, attending concerts together, or playing with their beloved German Shepherd, Bruno.