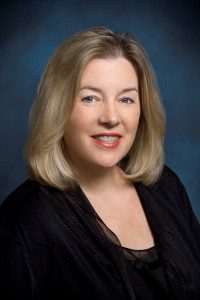 Stephanie Smith Lee is the NDSC Senior Policy Advisor and has over thirty-five years of public policy experience including serving in senior staff positions in the U.S. Senate and House of Representatives. Since her daughter, Laura, was born with Down syndrome in 1982, she has led many successful disability advocacy efforts at the local, state, and federal levels. As the Director of the Office of Special Education Programs (OSEP) for the U.S. Department of Education, Ms. Lee directed the policy development, program planning, monitoring, evaluation, research and implementation of IDEA, the federal special education law. As Senior Policy Advisor for the National Down Syndrome Society, she developed and trained an effective grassroots campaign, advocated with Congress, and directed a postsecondary project that developed inclusive postsecondary programs in various states, and she led the successful effort to amend the Higher Education Act (HEA) to obtain federal financial aid and model programs for students with intellectual disabilities (ID). She continues that leadership role in the advocacy to retain the ID provisions in the HEA as Co-chair of the Inclusive Higher Education Committee. On behalf of NDSC, she also serves as the Past Chair of the National Coordinating Center Accreditation Workgroup.

Ms. Lee has served on a variety of state and national commissions, including a Senate appointment to serve on the Ticket to Work and Work Incentives Advisory Committee. She has received many awards and honors, such as the “I.D.E.A. Hero Award” from The Arc of the U.S. for the key role she played in the successful reauthorization of I.D.E.A. in 1997 and the “Distinguished Service to Education Award” from George Mason University in 2007.