Thank you to everyone who attended the 49th Annual NDSC Convention! The Policy Team was busy with our Annual Advocacy Training Boot Camp as well as two other workshop sessions:

The Advocacy Training Boot Camp had over 350 live participants from all over the country! Topics included: Untangling the Legislative Process, Engaging with Elected Officials, A One-Pager Demo, Mock Legislator Meeting, Social Media Tips, and more!

Even if you missed attending the convention, you can access the resources from the training on our website.

You can also get tips shared at the boot camp on becoming an advocate by clicking below! 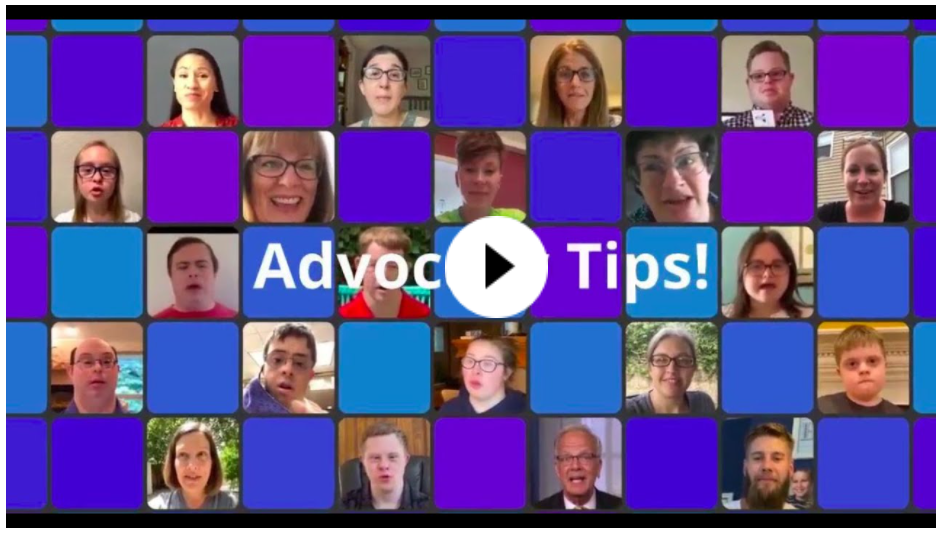 This past spring, President Biden released a $2 Trillion proposal for American Jobs Plan (AJP) to rebuild and improve U.S. infrastructure over eight years. This plan included a proposed $400 billion investment in Medicaid Home and Community Based Services (HCBS), a top priority for the disability community. Congress and the White House have extensively negotiated the AJP and have announced a bipartisan infrastructure framework that will likely be finalized and voted on in August. Unfortunately, this framework does not include the President’s HCBS funding proposal.

As it became clear that the $400 billion investment in HCBS would not be part of the bipartisan infrastructure deal, Congress introduced the separate Better Care Better Jobs Act (BCBJ) (S.2210, H.R.4131) to provide much-needed funding for states to expand access to HCBS and address the longstanding direct care workforce crisis.  In addition, the BCBJ is expected to be included in the budget reconciliation process, which is a tool that can be used to pass legislation with only a simple majority (51) in the Senate but must be tied to spending. The budget reconciliation process is long and complicated; you can read about the process on the Center on Budget and Policy Priorities website.

If the BCJA is passed, it will invest an unprecedented amount of funding (nearly $500 billion over 10 years) in the Medicaid HCBS system and the direct care workforce in the following ways:

NDSC supports the inclusion of HCBS funding in the BCBJ and advocates for this bill’s passage in Congress. Congressional negotiations will be ongoing throughout the summer, with a vote not expected until September. Until then, it is important to educate your members of Congress about the importance of including HCBS funding. Stay tuned for regular updates and NDSC action alerts that you can use to show your support for the bill.

On July 1, the U.S. Department of Education released more than $3 billion in American Rescue Plan (ARP) IDEA funds to states to support infants, toddlers, children, and youth with disabilities. The press release provides the state-by-state allocation of this funding and includes a link to a detailed fact sheet. This allocation of ARP funding for IDEA was the result of persistent advocacy by disability organizations like NDSC and individual advocates like you!

Annual Determinations Regarding Whether States Have Met IDEA Requirements

The U.S. Department of Education recently released its annual determinations regarding whether states are meeting the requirements of IDEA. The 2021 determinations are based on performance for the fiscal year 2019. 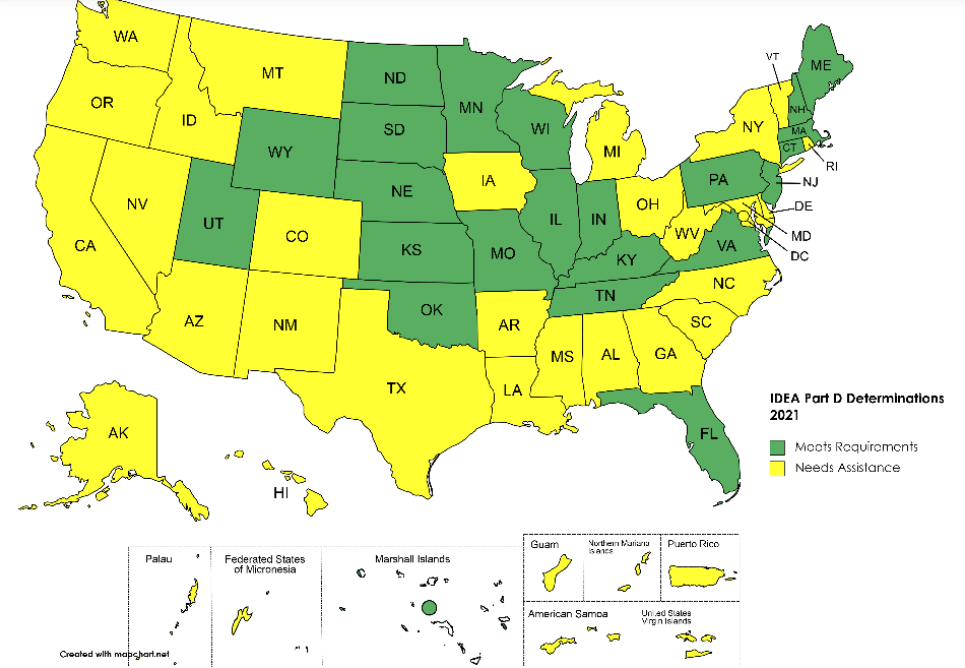 For many years NDSC has been advocating for changes in the way these determinations are made. The indicators on which the determinations are based do not reflect the performance of students who take alternate state assessments, nor do they address the failure of states to implement the Least Restrictive Environment (LRE) provisions of IDEA for these students. On Tuesday, July 6, NDSC submitted comments to the White House that address these issues. The comments were in response to an Executive Order requesting information on methods and practices for advancing equity for underserved communities through government.

Take Action to Support the Keeping All Students Safe Act

The Keeping All Students Safe Act (KASSA) was reintroduced on May 26, 2021, in both the House and the Senate. KASSA is critically important legislation to protect students from dangerous seclusion and restraint discipline practices in school. A press release from Committee on Education and Labor provides information about the House bill and lists NDSC as a supporter.

ACTION NEEDED: If you haven’t already done so, please use the recent NDSC Action Alert to urge your Senators and Representatives to co-sponsor and pass the KASSA bills.

In related news, a recent report from the General Accounting Office (GAO) recommends that the U.S. Department of Education create a Civil Rights Data Collection rule targeting schools that report very few instances of restraint or seclusion of students. In addition, they recommend that the DOE create a rule for collecting data on restraint and seclusion targeting schools that report very high instances and identify factors that cause underreporting and misreporting of restraint and seclusion in schools.

Help NDSC Support the Protecting Our Students in School Act

The Protecting Our Students in School Act bill was reintroduced for this legislative session on June 10, 2021. The bill will eliminate the use of corporal punishment in public schools and complements the Keeping All Students Safe Act, which addresses restraint and seclusion. NDSC, along with other organizations, endorses the bill.

A press release and a one-page fact sheet provide more detail on the Protecting Our Students In Schools Act.

ACTION NEEDED: Please contact your elected officials to either thank them for co-sponsoring the bill or to urge them to do so.

Read the text of the bills below to check to see if your representatives have co-sponsored.

State of the Art Conference on Inclusive Postsecondary Education

Registration is open for the virtual State of the Art Conference on Inclusive Postsecondary Education and Individuals with Intellectual Disability. The two-day event will take place on November 8 and 9, 2021. A reduced “early bird” rate of $85 is available before for those registering before September 1. This year’s conference theme is Inclusive Higher Education: Disability, Equity, and Social Justice. The conference will be an excellent opportunity for self-advocates, parents, colleges and universities, researchers, advocates, and other experts to gather virtually to learn from one another, share effective practices and policies, network, and share strategies. The Student Leadership Conference is a free parallel conference planned by, and bringing together, high school and college students.

NDSC supports a bipartisan bill recently introduced in the U.S. House (HR 4003) and the Senate (S. 2108) that would allow adults with life-long disabilities to work without fear of losing future Social Security Disability Insurance (SSDI) benefits for Disabled Adult Children (DAC).  Currently, if a DAC recipient earns more than the allowed income, they will lose the possibility of receiving DAC benefits, if needed, in the future. The Work Without Worry Act would allow a person with a life-long disability to receive DAC benefits regardless of past earnings and eliminate other deterrents for DAC recipients to work.